Posted on October 7, 2011 by Adaptive Curmudgeon

When I was growing up I was taught that the advent of the personal automobile was a vast improvement in the freedom, mobility, and general welfare of all Americans.  This was true.  Children are now taught that people should enjoy being herded onto mass transit to sit between homeless derelicts that throw up on your shoes and gang bangers looking for a fight. 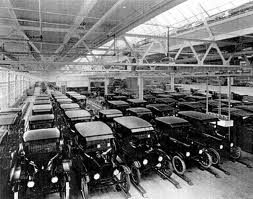 The dawning of a new age of freedom!

COGs understand cars.  They break the world into three categories; people with cars, folks like children and the elderly who cannot have a car, and people who don’t have a car as a demonstration of their inherent uselessness.

An adult without a car is going nowhere both literally and figuratively.  (Though COGs might shy away from flowery language like “figuratively”.)

I will neither confirm nor deny that I actually exist.
View all posts by Adaptive Curmudgeon →
This entry was posted in Things That Must Be Said. Bookmark the permalink.