Posted on December 12, 2014 by Adaptive Curmudgeon

“Hoar frost refers to white ice crystals, deposited on the ground or loosely attached to exposed objects such as wires or leaves. They form on cold, clear nights when conditions are such that heat radiates out to the open sky faster than it can be replaced from nearby sources such as wind or warm objects.”

This is totally missing the point. This is the proper definition of hoar frost:

“Sometimes ice crystals form on absolutely friggin’ everything. It looks just exactly like the universe is made out of rock candy and magic. Because, for a moment, it is. It’s so beautiful you can’t help yourself. You forget that you live in a shitty climate. You’ll qut fretting over your truck. You’ll involuntarily hear Dance of the Sugar Plum Fairies. You’ll take pictures of trees and cobwebs. Just enjoy the moment. If you find yourself standing around just soaking in wonderment when you’d normally be bitching about freezing your balls off in a snowdrift… that’s hoar frost.”

My photos don’t do it justice. For one thing the light was indirect; white light from the sun filtered through a crystalline fog to land on an earthly house of mirrors. When light comes from everywhere, it comes from nowhere. The camera, clueless electronic gadget that it is, interprets this as grey nothing, as if the Soviets were in charge of illumination. No matter, I was there and it was gorgeous.

I whipped off a few snapshots by the side of the road. Basically pointing the camera at random because screwing around with focus and framing seemed foolish when everything was crystalline and twinkling. It went on like this forever. Probably an hour solid driving before I saw a hint of color… which happened to be a fox.

You’ll have to trust me on this, it was everything that a gritty urban landscape is not. 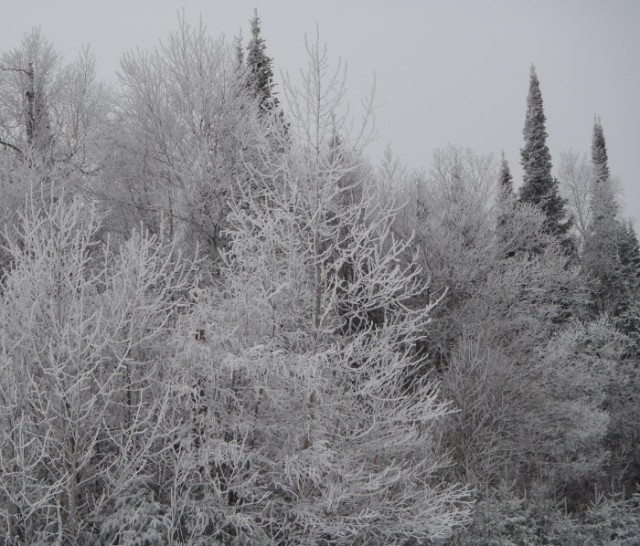 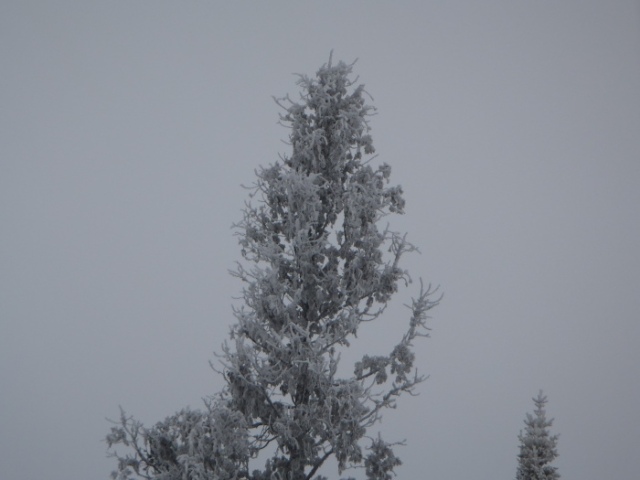 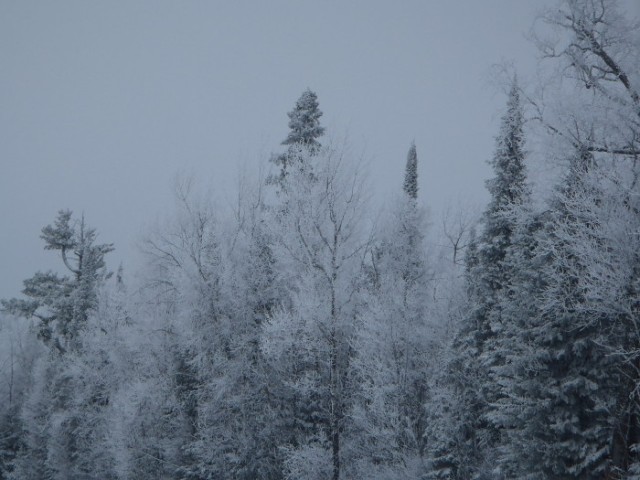