Posted on September 15, 2014 by Adaptive Curmudgeon

I recently hosed my computer. (Thanks to all for the advice and commentary. I’ll go into detail at some other time. Unless I don’t.) At the moment my online presence is maintained using impulse power and semaphore. I’m OK with that. I’m an adaptive curmudgeon so who cares if the computer du jour is on fire? Also going randomly “incommunicado” is just another day to me. (Note: I said “incommunicado” and not “commando”. There’s a difference!)

In the meantime there’s this:

“The chainsaw did not vanish in a poof of virtual digits and it will be winter soon. I might chuck the whole thing and stack wood instead.”

That’s just what I did:

Firewood is wary prey. I tracked this tree back to its lair and ambushed it when was not paying attention. While there are other means of hunting, the trusty chainsaw is the most common method of take. 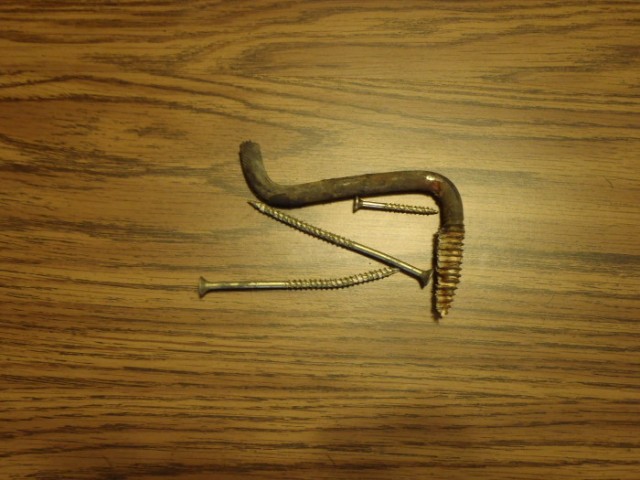 Those silly squirrels! It’s a little known fact that small mammals like to implant metal deep inside a tree bole. Grind on junk like this and your formerly sharp chain will be a series of randomly shaped bits of steel that won’t do much more than make smoke. 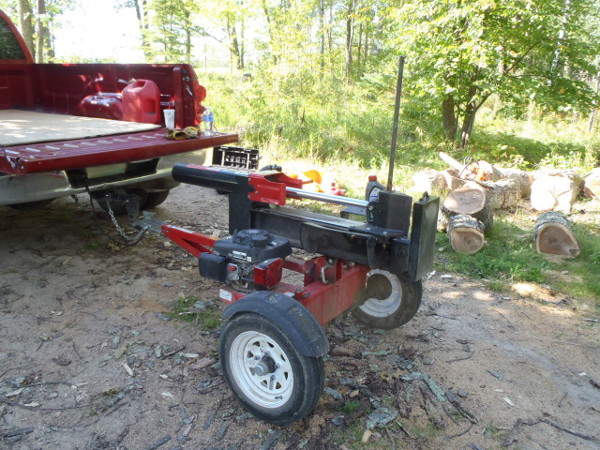 Technology is your friend. A splitting maul is perfectly adequate; provided you’ve got arms like Popeye and all day to kill. The rest of us have shit to do, bad backs, and a tight schedule. There’s a reason God gave us the hydraulic ram. (Note: This splitter, my friend and trusted companion, has agreed to serve as the protagonist in a series of posts later this year. Really.)

The forest is a deadly place. I was attacked by velociraptors.

When the wood chunks are heavy enough that lifting them pisses me off, I switch the splitter to “vertical mode”. It’s important that every wood block be shorter than the stroke of the hydraulic ram. This chunk, from the base of the tree, is about an inch too long.

I protected the heavy steel splitting wedge from getting scratched by slipping my thumb between it and a wildly unbalanced block of wood. Note: if you roll a 140 pound block of wood into an area 1″ too short you will learn a valuable lesson. Also, if you damage a finger on a 27 ton ram and it happens when the engine is off, that’s about the best case scenario. (BTW: I was wearing heavy leather gloves so it was no big deal. Without the gloves my hitchiking career would be over!!) 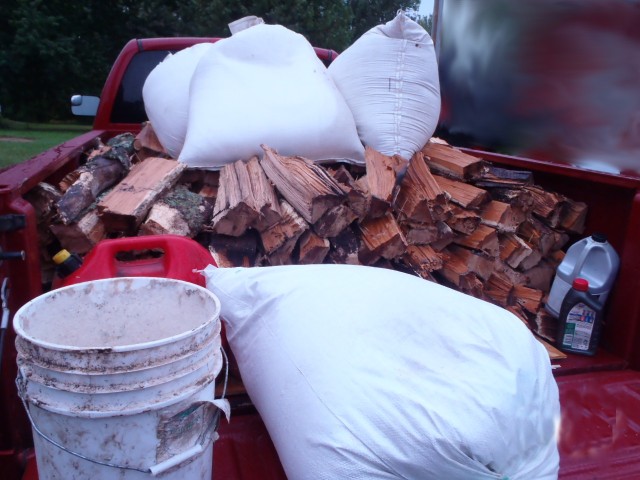 Payload. Payload. Payload. If you’ve got 2/3 cord of oak in the bed, there’s plenty of room for 500 pounds of pig feed. Why else did you buy the big axles? (Notice the gas can? That’s unleaded for the splitter and it’ll last a long time. The 2 cycle fuel is a little one gallon can behind the feed. I can fell, buck, and split a full cord on less than a gallon, maybe even half a gallon. Compared to inputs like labor, the cost of gas for this kind of work is  almost irrelevant.) 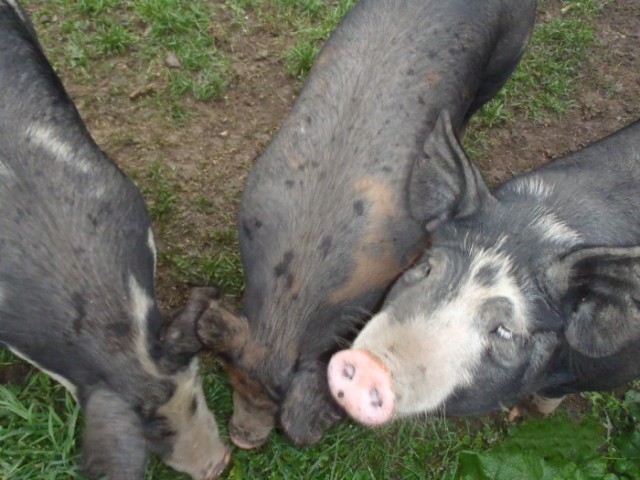 This particular stack is about one single cord in volume. (Equivalent volume to a 4’x4’x8′ stack.) It came from a single small/medium tree (dead and standing). This isn’t the only stack I’ve got but it’s the best one for a photo of “one cord”. I felled, cut, split, hauled, and stacked every goddamn stick myself. It’s a “slow and steady” kind of job. Rely too much on brute force and you’ll burn out. (Unless you’re 19 years old and bulletproof.) A smart fella will do half the pile one day and half a week later. It helps to have good gear but you can get pretty far with a saw, splitter, and a truck. A very old saw, well tuned, is fine. The splitter is optional. A trailer will suffice instead of a truck. (I used the pony trailer that way for years.) The bag in front is 100 pounds of pig feed… gotta’ keep the bacon happy.