Posted on September 9, 2011 by Adaptive Curmudgeon

Victor Davis Hanson put his finger on something with The Great Madness of 2004-10.  I encourage you to read it.  It begins with a bang:

“For about seven years the nation lost its collective mind…

And it keeps delivering:

“Until January 2009, almost nightly on the news, a liberal grandee would swear that Guantanamo, renditions, tribunals, preventative detention, Predators, wiretaps, intercepts, Iraq, etc. had ruined America in these days of ‘General Betray Us’ ads and ‘suspension of disbelief’ putdowns. Then in a matter of hours the verbiage suddenly stopped, abruptly so in January, 2009 — and has never returned to this day.”

A question I’d pondered too.  Obama can do the same things that were “evil” under the Bush administration and they smell like roses under the God-like benevolence of a better party?  What magic spell makes that work?

Then he lays on the sarcasm good and thick:

“We finally have a president who accepted the sophisticated European model so we can enjoy life as it should be lived, as in Athens or Rome.”

For fun I added decided to add some images of the glorious Utopia across the Pacific (they’re linked so you can read the underlying stories).  These photos are from the civilized and beatific pan-European land of prosperity and fairness that retrograde America has refused to emulate. 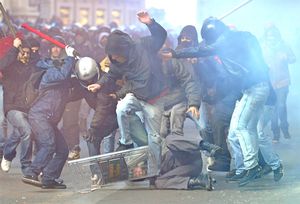 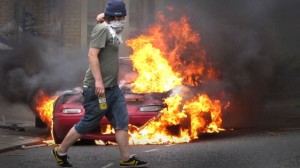 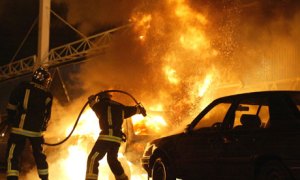 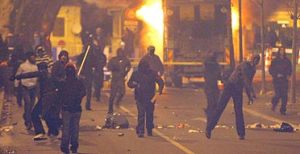 Lest you I be accused of bias, I’m adding a photo from one of America’s most progressive states.  Our own domestic version of Utopia: 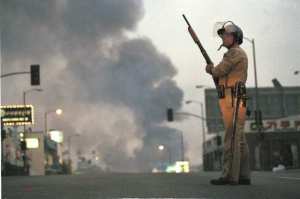 Then I thought I’d link to the massive riots that swept Japan after the tsunami.  Whoops they don’t exist.  They must have been misplaced.  How about those rampages caused by Hasidic Jewish scholars, Amish farmers, and Kansas wheat farmers?  Hmm…the internet seems to be broke.  So I’ll just give up and add a photo from the rebellious American heartland: 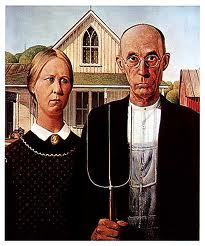 Update: Sheesh…what a downer. I’m depressed looking at Jerry Bruckheimer CGI images of zombie apocalypse and finding out it’s just unemployed shitheads with nothing better to do. I promise tomorrow’s post will be completely content free; like a political speech or baseball commentary.