Light Posting Because I Was In Mortal Peril

Posted on September 27, 2010 by Adaptive Curmudgeon

You might have noticed I haven’t posted much recently.  (OK fine; so you didn’t miss me at all and I’m only flattering myself.)  The light posting was because I just spent several days in the wilderness.  (I needed a vacation and for some reason I seem to relax best when Mother Nature is trying to kill me.  Everyone needs a hobby; mine is trying to stay alive.  It’s a Curmudgeon thing.)  Any posts were scheduled in advance and represent the “Ghost in the Machine”.

Any wilderness trip is an adventure and this one was no exception.  I have stories to tell.  Alas, I’m too damned lazy to write any save this one: I got stranded on an island.  This wasn’t as exciting as you’d imagine.  No half naked grass skirt wearing babes came to my rescue.

I've been told that all shipwrecked guys are greeted like this? Where the hell was she?

In fact it was more or less a mundane event in the overall scheme of wilderness travel.  I didn’t even start talking to a volleyball.

I was canoing.  Canoes are exquisite forms of transportation.  Sleek.  Elegant.  Light yet tough.  Incredibly versatile.  Alas, they lack such handy features as a 50 horse outboard and a six foot beam.  When the wind got too strong our formerly delightful light weight kevlar canoe became a bobbing cork in a maelstrom.  It was horrific.

It was a two man canoe and we both paddled mightily right up to the point of exhaustion.  It was akin to being flushed down Thor’s commode.

It took all we could do to keep the tiny craft upright long enough to maneuver into the lee of a small rocky island.  There we “beached” the craft (which is a misnomer because we landed at a bunch of big pointy rocks).

From our perch on granite we discussed at length precisely why we were such dipshits to be out there in the first place.  (Mostly trying to justify why self induced exhaustion and terror is a good way to squander time off work.)

Instead of calming, the wind increased and the waves went from very difficult to unquestionably impassible.  There was nothing for it but to hunker down and wait.  Schedules were disrupted, plane flights were missed, etcetera.  The sun set before the wind abated.  The next morning, at the earliest hint of dawn, we set off into still choppy but sufficiently safe waters.

See; I told you it was mundane.  No mermaids or heroic death scenes.  Just nature flexing a little muscle.

Since this blog occasionally veers into social commentary I thought I’d reflect on what this means to society.  I, humble blogger and all around useless redneck, faced an insurmountable force (the wind) and made a wise but unpleasant decision (hunker down).  We could have flailed away in the waves until the canoe swamped.  Maybe I could have had a bout with hypothermia on the windward shore after a desperate swim.  I might have re-enacted a Jack London scene with wolves and eagles picking at my bones weeks later.  How cool would that have been?!? 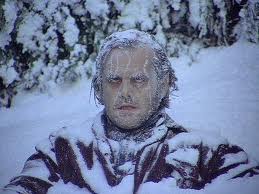 The skill of starting a fire in wet conditions should be mastered immediately by any wilderness camper.

But we didn’t go out in a blaze of stupidity.  Instead we adapted, switched game plans, and took it in stride.  Hardly a life altering event but a humbling experience nonetheless.   I theorize that experiences like are all too rare and more of them would be good for society.  Think of the people you meet in your life.  Consider of how many of them are raging assholes.  (Indeed that may be a one to one relationship.)  Now think how many of them would have readily handled being stranded (literally if temporarily) on a wilderness island.  How many would have fought the wind until they were hopelessly screwed, swam until they sank, or otherwise met their doom.  It’s not particularly unusual.  Every year a smattering of hearty outdoorsmen (or rather those who think they are but aren’t) wind up dead.

Political speeches are awash in words like “fight against the odds” and “never give up”, but how many DC-centric flacks have actually faced such a situation.  Perhaps facing a reality that just isn’t going to give you the outcome you demand is an integral part of the human condition?  Haven’t we gone to great lengths to remove “reality” from our daily lives?  (Should one ponder this while surfing the internet under electric lights in an air conditioned Starbucks?)

I think the lesson in all this that nature (or reality) is a darned fine teacher of character and humility.  We’ve lost this valuable instructor in common sense as we’ve become increasingly isolated from it.  Either that or I’m just addled from the cold and there’s nothing relevant at all.  The only way to know for sure is to test my hypothesis.  We should take everyone in Congress (and the Executive branch too) and strand them individually on ice floes, stormy crags, and among stampeding wildebeests.  Some might handle it fine.

Roosevelt used "manliness" in every third sentence and he wasn't being ironic.

Others might come back with a new perspective.  (Perhaps stop trying to micromanage the whole universe from DC?)  Most would talk the trees to death and then plunge headlong into a crevasse…possibly within an hour.

Fifty-five my ass! To the trashheap of history with you!

I’d love to let mother nature teach a little humility to Presidents and Congress.  Anyone with me on this?

I will neither confirm nor deny that I actually exist.
View all posts by Adaptive Curmudgeon →
This entry was posted in Wussification and other modern hazards.. Bookmark the permalink.