How I Learned To Stop Worrying And Love Obamacare

Posted on August 5, 2010 by Adaptive Curmudgeon 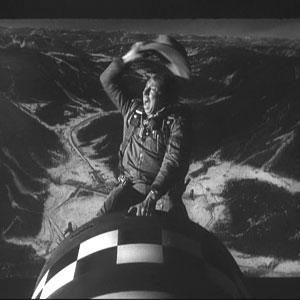 There are two schools of thought regarding the Health Care “Reform” shenanigans our congressmen churned out last Christmas eve. (Note: The last time the Senate held a roll call on Christmas Eve was 1895. Draw your own conclusions from that factoid.) One side thinks it will bring puppies and rainbows, costs will go down, quality will go up, and leprechauns will keep us alive forever. The other side thinks that faceless Kafkaesque bureaucrats will torment us with form twenty seven B stroke six while shipping granny to the Soylent Green factory. I lean toward the latter but I don’t really know what the future holds. The only thing I can know for certain is that my opinion will have no influence whatsoever. I just called Nancy Pelosi; she insisted that I don’t matter. So that’s that. By the way, your opinion doesn’t matter either.

But have no fear! Every law has unintended consequences and in those I see chances to adapt. Remember, I didn’t cause the change, I’m merely cogitating on how some of us will adapt to the steaming hot pile of “reform” they left on my doorstep.

What could show a way past a congress bent on dominating another 1/6th of the economy? The most powerful force on earth; boobs! Yep, breast augmentation surgery is my explanation as to why Obamacare wont completely suck.

Breast augmentation is pretty much covered by no insurance. Therefore, according to certain ways of thinking, it shouldn’t exist. Yet I checked and apparently the procedure is widely available and displayed proudly on some of my favorite internet venues. There you have it, a medical procedure that is almost never covered by insurance yet it is legally, safely, and widely available. Where insurance fears to tread a competitive market exists.

Contrast that with the insurance based medical care available to your average working stiff. Non-emergency care, for me, starts by calling a dozen doctors looking for one who is “taking new patients”, dialing three for English, being put on hold for a hour, and eventually a six week wait for my appointment. Once the golden day arrives I’m asked for my insurance information and if I say something silly and archaic like “I can pay cash” I run the risk of being tossed out the door and never rescheduled again. Nor will I get reliable price information. Suppose a doctor says I need a procedure (it’s a thought experiment so enjoy yourself by imagining something cool like a titanium skull replacement). He never knows what it will cost. Even though I have insurance I always ask about prices because I’m just that kind of troublemaker. Invariably I get vague non answers which can’t be written down using numerals. This infuriates me! If you can’t write down actual digits then it’s not a price. If it’s not a price, it’s a fable, a fairy tale, a load of conjecture with a covering of assumption-sauce.

I’m forced into this “unpriced” system because I can’t afford to go to a private hospital like my pal Bill Gates and I’m insured well enough that I don’t have to take my chances with the ER like many folks on the lower rungs of the economic ladder. Lacking price information, I do what everyone else does and hope for the best. Six weeks after a Doctor’s appointment I’ll get a confusing printout that says “The procedure cost eleventy gazillion dollars but insurance covers 63.876% of it on alternate weekends provided it was done by a network of specific doctors in specific offices, the moon is in the seventh house, and you ask us pretty please to not kidnap your dog. You still owe $237.56. P.S. We hate you. Signed: The insurance company.” In short, the fundamentals of a market don’t exist for me and they don’t exist for my doctor. And unless you’re very rich or somewhat poor, they don’t exist for you.

If there were a functioning market, would I get cheaper care? Maybe. Would I get better care? I think so. I base this supposition on the care I get from markets which are thriving right now. Obviously I’m not in the market for a breast implant but I do partake of opticians and dentists. They’re not covered by many insurance plans and therefore markets exist. Depending on my finances and my inclination I can buy ugly glasses, trendy expensive overly cool glasses, contacts, or go nuts for LASIK. I can perpetually repair old glasses or annually buy new ones. I can pay to have my teeth cleaned often or never and if I neglect them until I get a cavity it’s nobody’s issue but mine. I always know precisely what a procedure costs, I have a range of providers, there’s always room for an appointment, and “glasses in an hour” is not a punchline. My experience is that people who get my cash always treat me more humanely than folks who’ve got my insurance card.

But what about “regular” medicine. Does a market exist? Of course! Rich Americans get medical care by buying it. Millionaires don’t sit around reading six year old magazines in the same waiting room as me to go to the same doctor as me. Thus, there is a market for rich guys like John Kerry and Dick Cheney but it’s out of my league.

What I’m hoping for is enough competition to lower the cost until it’s approachable by a loser like me. What would do that? How about knocking the snot out of the current system the vast majority of us use? As soon as you tax “Cadillac insurance plans” you’ve made a strong incentive for everyone to stick with bare bones insurance. As soon as the bare bones system is run by the people that brought us the TSA, the post office, and the Department of Motor Vehicles quality will become craptacular. Horror stories like what’s occasionally attached to underfunded VA hospitals and inner city ER rooms do not originate in high end private hospitals. Did I mention that congress will try to push payments to care providers lower and lower? Some (but not all) of the current “got some money but not rich” consumers (folks like me who will pay for something better than Dr. Nick) are going to be looking for something better. A demand that may create a real market.

I’m not happy that we may see the medical system get hammered. Nor am I happy that we will all pay for it. (Obamacare will spare no taxpayer.) But all will not be lost if a small parallel cash market in medical care for non-rich people develops as a result. Some of us will voluntarily pay a second time in cash for anything better than Obamacare. Paying twice hurts but then again I never promised free and perfect. (I’m not running for election or a deluded politician.) If the table is set for a wide range of medical service at prices that I expect from optometrists, dentists, and Hollywood plastic surgeons there is a silver lining. It’s not perfect but that’s life.